A CB Radio is one of the core pieces of Offroading equipment. A CB can help you communicate with your fellow Offroaders in close-proximity during a recovery situation or when miles away and deciding on where to setup camp for the night.

That’s why, in this article, we’ll help you be better prepared for by telling you what to look for when picking a CB radio and giving you a summary of the best radios. 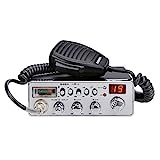 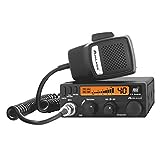 The Uniden BEARCAT 980SSB CB Radio with Weather Band 7 is the ultimate jack of all trades taking the top spot.

As an enhanced version of Uniden PRO510XL, its noise cancellation design completely pacifies background disturbances that can get in the way of proper communication.

Another excellent feature includes radio diagnostics that gives you a quick yet in-depth analysis of its overall performance output. The Uniden PC68LTX Professional 40 Channel CB Radio also has a lot to give in terms of versatility but is the simpler variant of its successor.

This compact yet reliable buddy is known for its noise limiter feature that easily gets rid of background distractions at a minimal level, to make the manner of communication clear.

Additionally, its signal and LED indicators let you check certain types of activity, which is very useful during emergency cases.

The user-friendly design is what sets the Midland 1001LWX Mobile CB Radio apart from its competitors.

This is something that not only provides easy installation but also convenient navigation between public addresses and normal CB functions.

Its another benefit includes automatic selection of the strongest signal through its weather scan technology.

But unlike the Cobra CB radio’s adjustable time settings, it only has a back-lit digital display for readability purposes.

The Cobra 29LX is an iconic CB radio for off-roading. But what’s behind such a popularity?

This is because it immediately warns you of different geographical dangers that may greet you along the way, with its 24-hour access to National Oceanic and Atmospheric Administration (NOAA) weather news.

What makes it remarkably useful for off-roading though, is it comes with an automatic weather alert tone which works even if you completely turn it off.

It won’t also give you a hard time reading it anytime and anywhere, due to its adjustable night and day modes.

What’s behind such a feature is its multi-function meter that gives you a more detailed interpretation of your surroundings; from signal strength to modulation.

It’s almost similar to the Cobra 29LX in a way that it lets you adjust its brightness level, through its dimmer dial.

CB Radios vs VHF and Radios

What’s the difference between CB radios and VHF radios?

There’s a couple of core differences. First, CB radios don’t require everyone to be on the same channel to be able to broadcast to them. That means if you’re with a group of jeeps on a trip then you can communicate with everyone as long as they have their CB Radio turned on. Next, there’s no license required for CB radios to use. The downside is that CB radios have quite a bit more limited range than a VHF radio. That’s why they’re used largely for communication between people within close proximity to one another.

VHF radios on the other hand have quite a bit more range than CB radios. That range is their biggest strength. The downside is that they require another use to be on the exact same channel as you in order to communicate with them. Also, to really get the most range out of your VHF you should use a repeat which also requires a HAM operator license.

In short, CB radios are commonly used in uneven, mountaineous terrains, VHF radios are used in vast, open spaces like in the air and at sea.

You might have heard of HAM radios before. So what’s better for you – a HAM radio or a CB radio?

The short answer is the vast majority of people want to use a CB radio opposed to a HAM radio for one distinct reason: a HAM radio requires you to get a license. HAM radios are quite a bit more powerful but for off-roaders, a CB radio does just fine.

Now, if you’ve made up your mind into using a CB radio for your jeep because you’re either a beginner or just accustomed with its user-friendly interface, there are still some things about it that you have to know before buying one. For more information, check out All About CB Radios. CB radios are heavily influenced by where they’re being used. In fact, their signal is limited to atmospheric conditions existing in a certain place and time. This is the reason why their signal strength varies from one area to the next.

But to get the most out of the signal, the CB radio base station plays an important part. There are two types of CB radio base station: the mobile-style base stations and the traditional base station. The former requires a converter or separate power source that enables CB radios to run according to their voltage requirement. On the other hand, the latter is typical unit that favors a particular place to deliver a clear sound and wider reach. CB radios have features that you won’t normally find in basic radios. For example, if you’re talking to someone that’s about five miles and someone about nine miles interrupts the the signal, the squelch button immediately allows you to cancel any background sound, so the only one you hear is the person you’re talking to.

By familiarizing yourself with such, you’ll be able to use the special functions to your advantage and prevent accidentally damaging your CB radios. The right CB radio antenna can make or break the signal scope. Basically, the bigger or longer the antenna, the wider the CB radios’ signal coverage.

Essentially CB radio antennas come in two sizes: 18 feet and 3-feet. A 3-foot antenna is cable of covering an area that’s about two-three miles which can be useful for regular communications. However, an 18-foot variant can cover a distance of about 10 miles.

Mounting options for where to put your antenna can vary from your tailgate (like shown above) to your hood. Alright, now where do you mount your CB radio? Here are the most common areas:

On Your Dash – Your dash is the most convenient area to mount your radio as it allows for easy eye level access. The downside is that it can potentially affect your visibility.

Overhead – Mounting your CB radio on your roof is arguably the most common area for mounting. They’re easy to mount here, they’re out of the way, and still relatively convenient to access.

Below Glove Compartment Glove Box – This is most inconspicuous place to mount your CB radio. It’ll be out of the way of the driver and also won’t be visible to would-be thieves. The downside is it can be bothersome for a passenger and not convenient to access.

Hopefully this gives you some insight into picking the right CB radio for you. What do you prefer to use- permanently mounted CB radios or handhelds? Let me know in the comments section below.